The Graphics-Happy Auditor: A Story with Accompanying Fables

I mentioned in a previous post that some of the big auditing firms are now recommending that their clients start creating flow charts. These firms say that not only do the flow charts help regulators understand a company's internal financial controls much faster, but they help companies themselves understand these controls.

I thought it might be helpful to present an excerpt from a conversation I had with the auditor in question, Brianna Reams. She starts out her discussion with a story: 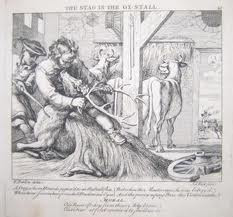 The Hart in the Ox Stall

An Aesop Fable for the Modern Age
Once there was a company that, twice a year, hosted a glittering award show in Manhattan. They invited key customers, served an elegant dinner, and spent a couple of hours recognizing some of the people who had made their company a success.

This went on for a decade, until one fateful day an auditor unearthed a document that showed that something was amiss. Buried deep in the company’s ledgers was evidence that for years it had incorrectly recognized the expense for these lavish events. The company had considered the costs as operating expenses. But the auditor correctly informed them that these were contra revenue expenses—money spent as an incentive for people to buy their product.

It seemed like a small mistake… probably innocent too, given how murky accounting regulations can be. But the repercussions were anything but small. It meant that the auditing company had to go back in and do a considerable amount of to reclassify the expenses.

Extra work by the auditors cost the company a tidy sum, and it meant that the company had to push out its filing date...which had its own dire consequences since delays like that send a bad signal to the market. 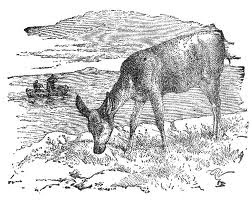 The One-Eyed Doe
And That's the Good News
But it could have been a lot worse. If the faulty expense recognition had had a bigger impact on the company’s financials, it might have had to restate its earning. That could cause the company to lose credibility, and might result in its stock getting slammed and put critical financial resources out of reach.

And these are only some of the consequences. Companies can lose revenue, or force them go back and restate when their revenue could be realized. 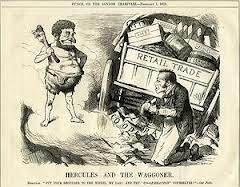 Hercules and the Waggoner

Flow Charts Can Be Very Expensive to Create... or Not
“I’m an auditor for a Big Four company,” says Reams. “Our job is to look at the financial statements of Fortune 500 companies for possible errors. More and more, we’re asking our clients to capture their internal controls as flow charts.”

Reams says that central to their ability to perform accurate audits is a clear understanding of the client’s processes for specific cycles—especially the financial reporting and revenue receivables processes.

“We’ll perform like a walkthrough and talk to the client to gain this understanding, and part of coming to that understanding is looking at a flowchart. We can create the flow chart. But hiring an external entity to create these flow charts can be a very expensive proposition. That’s why many clients are choosing to create their own.” 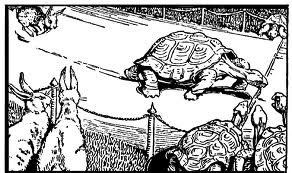 The Tortoise and the Hare

Make it Easy-Peasy for Your Auditors
Reams says it is very helpful to be able to look at the flow chart and see at a glance if the company’s internal processes make sense.

Yes, it is possible (and required) to capture these variations in text. But there is no need to limit yourself to what the regulations call for. The ultimate goal need not be to simply conform to the regs. It can be to do what is required—but to do it in a way that makes the process faster, less expensive, more transparent, and more reliable.