What Book Would You Like to See Mind Mapped? 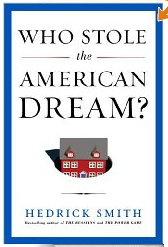 I'm in the middle of "Who Stole the American Dream" by Pulitzer Prize-winning author/New York Times reporter Hedrich Smith. It's a great book. But there is so much in it that I'm afraid I won't remember much (that's a different story) a week from now.

Back in the old days, when my Toshiba Portege tablet still worked, I used the platform's hand-writing feature to map out books and articles. But now, eight years later, there is no way to do what I could do back then. I thought technology was supposed to move forward, not backward. 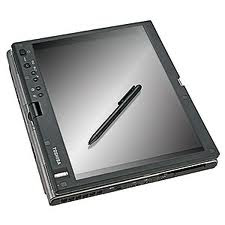 (Remember this platform? One of the best.)

At any rate... it would be interesting to be able to purchase a mind-mapped version of the books I'm interested in. One would, of course, have to work with the author to do it. And it would not be unreasonable to expect that some authors might recoil at the thought of having his or her masterpiece "reduced" to a map (I wonder how authors feel about Cliff's Notes).

But on the other hand, it might open up a whole new audience of people who want to content but don't have the time to read the book.

So there's a business idea for someone out there. And to help this mystery person get started, I'd be interested to hear what books you would like to be able to read as a map.

I know that very few people actually comment on this blog--or most blogs for that matter. But I would appreciate just a quick note-- the title of the book and maybe a word about why this one book in particular.