Did You Catch the January Biggerplate Event?

I have to admit that I completely missed this event. It was called Biggerplate Unplugged, and it came and went with me none the wiser.

What is Biggerplate?
As Biggerplate founder Liam Hughes explained in his opening remarks, his company's goal is to become THE central repository for mind maps, and to act as a sort of organizing force, connecting all the various and sundry people and companies advocating for mindmapping all around the world. We used to talk about how cool it would be to get all the top mindmapping people in one room. Hughes did it, and the results are worth paying attention to.

This morning I ran across videos from the event on The Mindmap Blog's "Mindmapping Thought Leaders Share Best Practices in London."

So what I thought I'd do is to, one at a time, summarize and comment on what these speakers had to say. (Each presentation is about 20 minutes long.) After a brief welcome by Hughes, the following people presented: 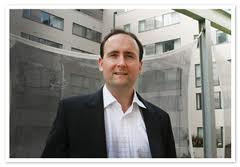 Chris kicked off his presentation with an image of Henry Ford, who once said that "thinking is the hardest work there is." Chris noted that mindmapping is all about helping people think, and that we in the mindmapping industry should be very proud of the work we do.

Simplify, Simplify...
Then he immediately began addressing one of the on-going debates among mindmappers: the interplay between focusing on the process of mapping versus the technology of mapping. He reiterated that Tony Buzan (often called the "father" of mindmapping by many), is big on process and continues to insist on the relevance of hand-drawn mind maps.

And that, Chris said, continues to be the focus of the ThinkBuzan approach. While many other mindmapping companies are making their technologies ever more complex, able to do ever more sophisticated things, Chris noted that his organization is trying to make the technology fade into the background so that the process can take its rightful place at center stage.

While Adding Layers of Complexity


But in a grand contradiction to that point of view, Chris also noted how ThinkBuzan has been working on 3D mindmapping. The impetus to do so, he said, was that 3D stimulates the brain more than 2D, and good thinking is all about stimulating the brain.

Having said that, Chris acknowledged that 3D mapping is very confusing to the brain. They have yet to crack the nut of 3D mapping.

But I thought it was pretty amazing and laudable that ThinkBuzan is trying to progress mindmapping with two such diametrical approaches.

The More the Paths, The Greater the Chance of Reaching the Destination
Chris concluded by saying that all the players in the mind mapping industry need to continue to be respectful of each other, and to pursue their own unique paths to try to advance the industry. He said that while it is absolutely amazing how many people all over the world now use mindmapping, there are millions more people to reach.